Bats are the only true flying mammals. Like humans, they are warm-blooded, give birth and suckle their young. Bats are also long-lived, intelligent and have a complex social life. They are one of the most successful mammal orders (Chiroptera), and probably the most diverse. World-wide, there are almost 1000 different species of bat, representing one quarter of all mammal species. There are 17 species of bat currently recognised in the UK. Most British bats are small and weight less than 10 grams (less than a £1 coin) and eat insects.

Bats have evolved a number of unusual features, mainly related to their ability to fly and locate tiny insect prey in complete darkness. Their wings are formed from a web of highly elastic skin stretched over greatly elongated finger bones, the legs and tail, though their thumbs remain free to help them cling on when roosting.

When bats are flying, they produce a stream of high-pitched calls and listen to the echoes to produce a sound picture of their surroundings to avoid obstacles and catch tiny insects. Most of these echolocation calls are too high pitched for humans to hear. Our surveyors use electronic bat-detectors and recorders that pick up these calls and convert them into sounds that can be heard. It is possible for our surveyors to identify which species of bat from the echolocation calls, either in the field or using specialist bat echolocation call software.

‘Whilst this process has been a little frustrating for me, I’m very happy with the outcome and specifically the excellent professional service you have provided in terms of both quality and responsiveness’.

In cool climates such as Britain, bats eat only insects and other small invertebrates such as spiders, which they catch in flight or pick off water, the ground or foliage. British bats feed wherever there is an abundance of insects, so show a preference for habitats associated with broadleaved woodland and water. In addition, they select linear features in the landscape (hedgerows, tree lines, river and streams), not only for commuting but also for foraging. 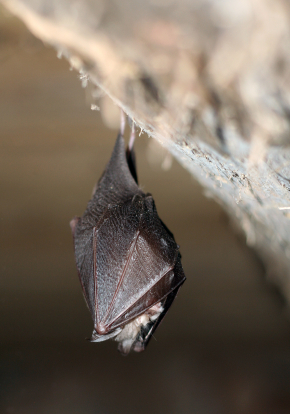 During the winter there are relatively few insects available, so bats hibernate. In September and October they put on body weight and then, as the weather gets colder, they seek out appropriate sheltered roosts, let their body temperature drop to close to that of their surroundings and slow their heart rate to only a few beats per minute. This greatly reduces their energy requirements so that their food reserves last as long as possible.

Bats do not hibernate right through the winter but may wake up and go out to feed and drink on mild evenings when some insects are about. Even on very cold nights, bats may be seen on the wing as they move to more sheltered roosts. Waking up and flying in winter uses up lots of energy which the bats cannot easily replace, so hibernating bats should not be disturbed as this might reduce their chances of surviving the winter.

Bats have a unique way of fitting their breeding cycle in with hibernation. They mate during the autumn and winter, but the female stores the sperm alive in her body and only becomes pregnant the following spring. Pregnancy lasts for six to nine weeks and can vary in length depending on the weather. Usually only one baby is born each year. This is looked after carefully and suckled for between four and five weeks until it is old enough to fly out and hunt for itself. Bats do not build nests and do not bring food back to the roost to feed their young, so the baby lives only on its mother’s milk until it is old enough to fly.

During this spring and summer period female bats gather together into maternity colonies for a few weeks to give birth and rear their babies. Once the baby is independent, the colony breaks up and the bats generally move to other roosts. Bats may gather together from over a large area to form these colonies, so any disaster at this summer breeding site can affect all the females from this area. Many of these maternity sites are used every summer and bats have a strong tradition of returning to the same site year after year.

Populations and population trends in bats are particularly difficult to measure and there are few historical data on which to base any assessment of change. The fragmentary evidence available supports the view that bat populations have declined over the last century or so. In some cases, such as greater and lesser horseshoe bats, contractions of range are well documented, but as other species were not even described until relatively recently, historical data on distribution is lacking. The general consensus, both in Britain and continental Europe is that all species except perhaps Daubenton’s bat are declining and vulnerable.

Because of past declines, some species (greater and lesser horseshoe bats, barbastelle, Bechstein’s bat and pipistrelle) have been designated as priority species by the government and have individual Species Action Plans; these contain objectives relating to the maintenance and restoration of populations to former levels.

All bats are protected under both British and European law. Together these provide strict protection of the species and its habitat. Where a European Protected Species (EPS), such as bats, would be impacted by a development, it may be possible to obtain an EPS licence from Natural England (NE), who are the statutory nature conservation regulators in the UK, to derogate from the legislation and allow an otherwise unlawful act to proceed. In addition, bats are protected under planning policy at national, regional and local levels.

Any development or proposal which has a reasonable likelihood of supporting bats and which could be impacted needs to be considered in any development proposal. Surveys need to be undertaken to ensure accurate assessment of the site and any bat population present. In the absence of survey data, it is difficult to accurately predict the impact of development upon a population of bats, and to design appropriate mitigation. 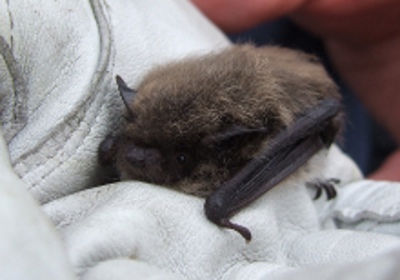 All bat surveys undertaken by Five Valleys Ecology are designed to comply with stringent EPS licensing requirements following best practise guidance (Mitchell-Jones, 2004 and Bat Conservation Trust, 2016). The majority of our ecologists hold survey licenses for bats, and possess a wealth of survey experience, together with detailed knowledge of appropriate mitigation designs.

Every survey has a cost in time or money or both. It is therefore very important that the following are considered at the outset:

Once it has been agreed that a survey is necessary, the appropriate methods and level of survey effort to employ must be decided during the preparation and planning process.

When undertaking surveys for development, the level of survey effort should be proportionate to the likely use of the site by bats and the potential effects of the proposed development on the species present. The effort is closely related to the habitats present; for example, more effort is required when the site is predominately deciduous woodland and a river corridor than if it were mostly a paved car park. However, the regional location of the site also needs to be taken into consideration, with increasing species diversity (and perhaps also density) to the south and west of the UK. 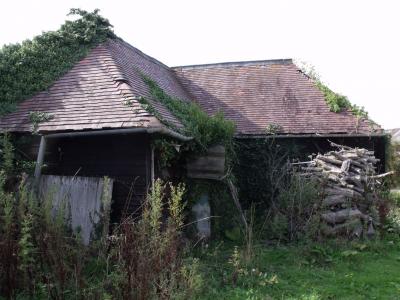 Determining an appropriate level of survey effort in order to have confidence in a negative survey result is not always a straightforward decision. The effort required is a combination of the number of survey visits, the number of surveyors and automated methods employed, the time of season in which the survey is undertaken, and the weather at the time of survey. These factors may also be complicated by the variety of buildings and other potential roost structures involved. In all cases a level of expert judgement will be required.

Our ecologists undertake several types of bat surveys (depending on requirements) which broadly fall into the following categories:

For more information, or to obtain a free proposal, please contact us. We will be happy to provide you with honest and objective advice specific to your project based upon our extensive experience.